In the city is 2/4 of women married to 3/4 men. What percentage of townspeople is single (not married)? 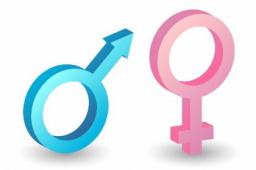