The car loses value 15% every year.

Determine a time (in years) when its price will halve. 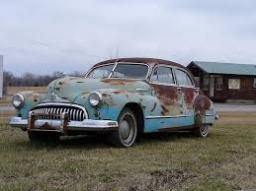