Children break chocolate first to third and then every part of another half. What kind got each child? Draw a picture. What part would have received if each piece have halved? 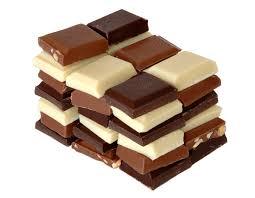