What was the original edge length of the cube if after cutting 39 small cubes with an edge length 2 dm left 200 dm3? 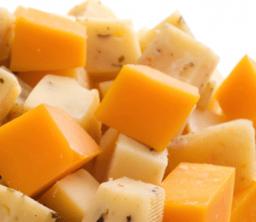