Create the smallest possible number that is divisible by numbers 5,8,9,4,3 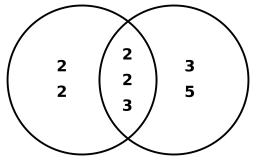