The fan has a speed of 210 RPM. Calculate for time of one fan period. 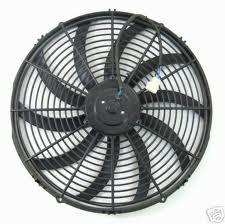