Marry and John together weighing 49 kg. Their weights are in ratio 1:6. Determine their weights. 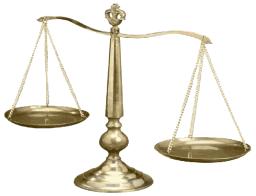