We have two numbers. Their sum is 140. One-fifth of the first number is equal to half the second number. Determine those unknown numbers. 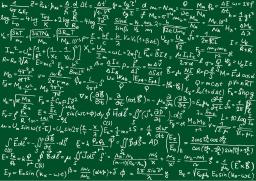