One press will produce one truck of respirators in 3.5 days. The second in 10 days. How long does it take to fill a truck while working together? 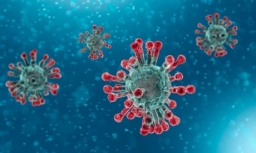