Peter works in the factory. The bus stop is 10 km from the factory. Therefore, always when the bus arrives for Peter, the driver leaves factory and takes him to work. They are coming at the saw exactly at 8:00. Today the bus arrived 11 minutes earlier and Petr walked to meed car from sawmill. His walk is 10x slower than the speed of the car. At what time did Peter arrive at the sawmill? 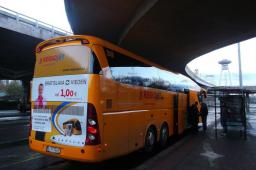