I think the number - its sixth is 3 smaller than its third. 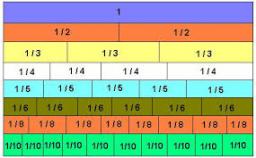