Leslie bought 8 same chocolates for 16 Eur. How many euros will he pay for 25 chocolates? 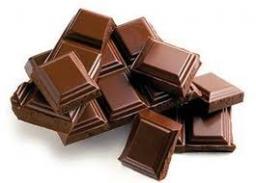