5 picture frames cost € 12 more than three frames. How much cost one frame? 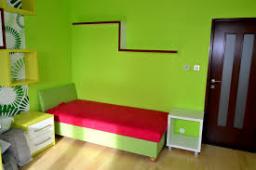