How many sixths are two thirds? 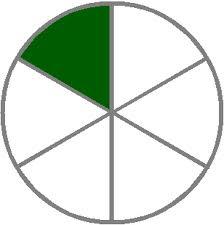