In right triangle ABC with right angle at C is given side a=29 and height v=17. Calculate the perimeter of the triangle. 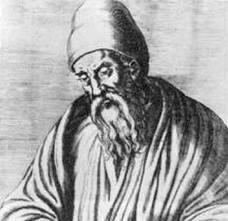