Six part-timers would take seven hours to pick strawberries. How long would this work take if two more temporary workers were added after three hours? 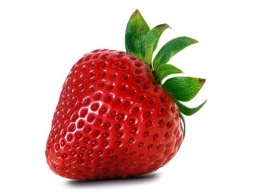