Place a glass shelf at the height of 1m from the bottom of the display case in the cabinet. How long platter will we place at this height?

The display case is a rectangular triangle with 2 m and 2.5 m legs. 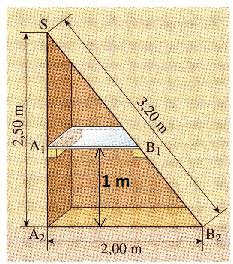