In the bag there are 3 red, 12 blue and 8 green balls. How many red balls we must be attached to the bag if we want the probability of pulling out the red balls was 20%? 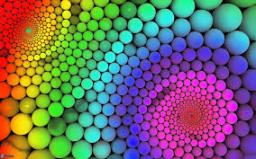 Tips to related online calculators
Need help calculate sum, simplify or multiply fractions? Try our fraction calculator.
Our percentage calculator will help you quickly calculate various typical tasks with percentages.
Do you have a linear equation or system of equations and looking for its solution? Or do you have quadratic equation?
Would you like to compute count of combinations?