Assuming compression is according to the law pV = constant. Calculate the initial volume of gas at a pressure of 2 bar which will occupy a volume of 6 cubic meters when it is compressed to a pressure of 42 bar? 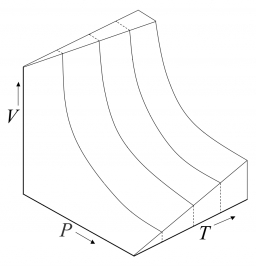