How long was rope at the beginning? 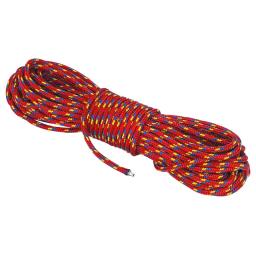