N points on the side

There is an equilateral triangle A, B, C on each of its inner sides lies N=13 points. Find the number of all triangles whose vertices lie at given points on different sides. 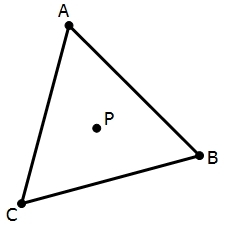