Students of canoeists trip traveled in three days 102 km. The second day traveled 15% more than the first day and at the third day 9 km over the second day. How many kilometers are traveled each day? 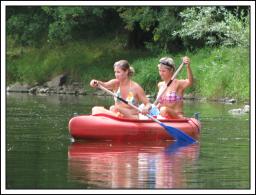 
Tips to related online calculators
Our percentage calculator will help you quickly calculate various typical tasks with percentages.
Do you have a linear equation or system of equations and looking for its solution? Or do you have a quadratic equation?
Do you want to convert length units?
Do you want to convert time units like minutes to seconds?