Achilles and the turtle

It is known that Achilles will not catch up with the turtle. But his brother Auchalles can do it. He even gave the turtle an 8-hour lead. Calculate how far from the start Auchalles will meet a turtle moving at an average speed of 70 m/h if Auchalles walks slowly at a speed of 2.5 km/h 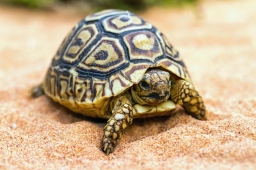 Paradox
Achilles and the tortoise is an ancient paradox by which Zénón allegedly proved the impossibility of movement. Achilles - the fastest runner - never catches up with the turtle a bit ahead of him. The moment it reached the original place of the turtle, the turtle moved a little further. When Achilles runs this piece, the turtle is a little further again and so on to infinity.
7 months ago  Like