The base of the isosceles triangle is 17 cm area 416 cm2. Calculate the perimeter of this triangle. 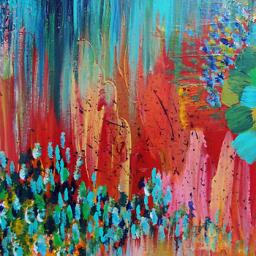