If the product twice price cut by 25%, what percentage was price cut in total? 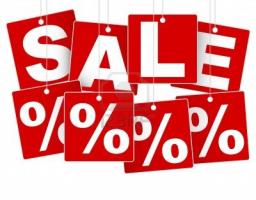