What are the dimensions of the original rectangle? 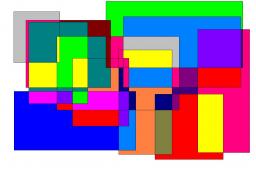