Find the most possible lengths for the third side of a triangle with sides 20 and 18. 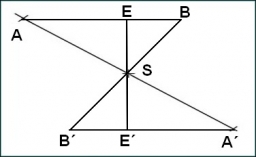