Redecoration school had scheduled for four crew to 10 days. After two days a single worker ill. For how many days the school was painted when remain workers working with the same tempo? 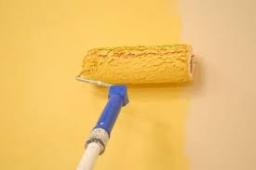