Bernard got on quarterly billing vouchers for Tesco ClubCard taking goods worth 2.3 Eur. Calculate how much per month in Tesco stores bought goods on average.

Tesco ClubCard works for every Euro spent you get one ClubCard point that will be converted to 1 euro cents. 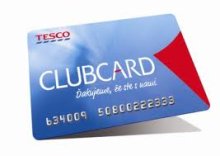