When you hit ten dices at the same time you get average 35.
How much do you hit if every time you get six, you're throwing the dice again? 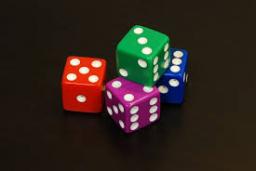 Tips to related online calculators
Do you have a linear equation or system of equations and looking for its solution? Or do you have a quadratic equation?
Would you like to compute count of combinations?