The lesson of physical education, pupils are first divided into three groups so that each has the same number. The they redistributed, but into six groups. And again, it was the same number of children in each group. Finally they divided into nine equal groups. Again, no child has left.
How many children practiced the lesson of physical education if they are not more than 30? Find all solutions. 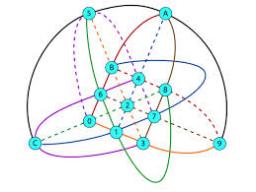