Mouse Hryzka found 27 identical cubes of cheese. She first put in a large cube out of them and then waited for a while before the cheese cubes stuck together. Then from every wall of the big cube she will eats the middle cube. Then she also eats the cube that was in the middle of a big cube. The rest of the big cheese cube is about to divide fairly into four of her mouse puppies so she wants to cut it into four pieces of the same shape and size. She will cut only come along the walls of the cubes and will not stick cubes.What shape can have pieces of cheese for her young mouses? Find at least two solutions. 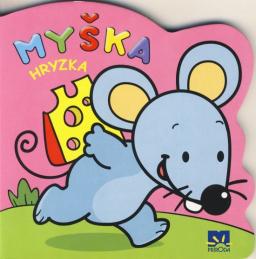