At the party everyone clink with everyone. Together, they clink 406 times. How many people were at the party? 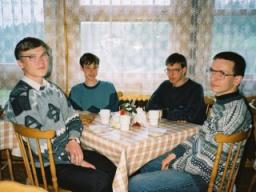 Tips to related online calculators
Looking for help with calculating roots of a quadratic equation?
Would you like to compute count of combinations?