Mr. Grass would itself be mowed garden for 5 hours. His son Michael could do it for 7 hours. They agreed that they wake up at 5 am and begins to mow together. Ms. Grass needs drive into town at 8.30. Michael says that at that time they're done with work. Is he right? 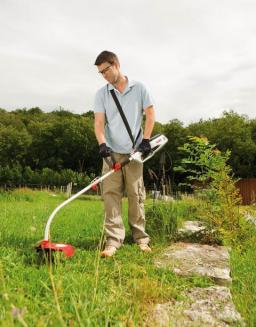