The bus started from the village at a speed of 60 km/h. after it passes one kilometer, Milan came to the bus stop on a motorcycle with his grandmother. When they found that the bus drove away, he tries to catch it. At the next stop, at a distance of 3 km, he caught up the bus. How quickly drive Milan on the motorcycle? 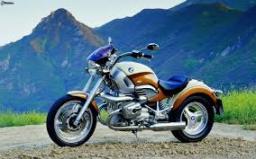 Tips to related online calculators
Do you have a linear equation or system of equations and looking for its solution? Or do you have a quadratic equation?
Do you want to convert velocity (speed) units?