Reconstruction of the corridor

Calculate how many minutes will be reduced to travel 187 km long railway corridor, where the maximum speed increases from 120 km/h to 160 km/h.

Calculate how many minutes will shorten travel time, if we consider that the train must stop at 6 stations, each station with the equally slow 0.8 m/s2 and from station accelerates 0.5 m/s2?

What is the average speed before and after reconstruction, if the train stays for 2 minutes in every station?

Consider the intermediate stops are so long that the train will always reach the speed limit. 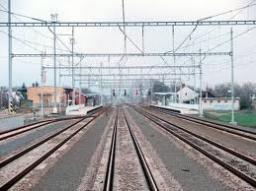