What is the probability that the two throws of the dice: 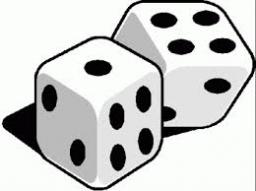