Determine the unknown number, which is by 1.5 greater than its fourth. 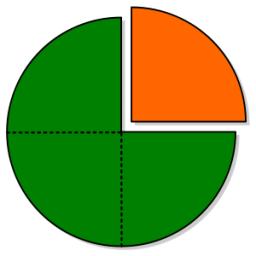