One pull of wire is reduced its diameter by 14%. What will be diameter of wire with diameter 19 mm over 10 pulls? 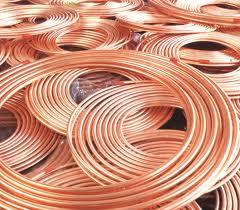