The bun costs CZK 2 and the rolls CZK 3.5. Hanka bought 22 pieces of bread, bought only buns and rolls and paid CZK 65. how many rolls did she buy and how many rolls? 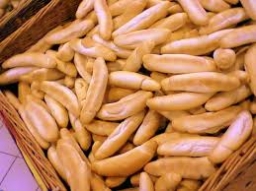