Twenty swallows sit on a 10 m long telephone cable. Assume that swallows are completely randomly distributed along the line.

(a) What is the probability that more than three swallows sit on a randomly selected section of cable 1 m long?

(b) What is the probability that the spacing between two swallows will be greater than 1 m and at the same time less than 2 m? 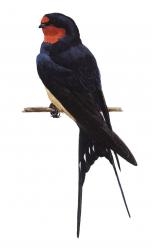 
Tips to related online calculators
Looking for a statistical calculator?
Do you want to convert length units?
Tip: Our Density units converter will help you with the conversion of density units.
Would you like to compute count of combinations?