What is the probability that a random word composed of chars E, Y, G, E, R, O, M, T will be the GEOMETRY? 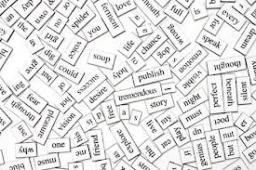