What is the equation of linear function passing through points: 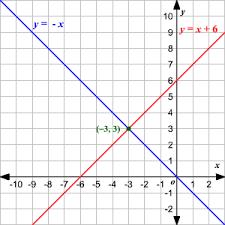