What is the probability that when choosing 3 carats from seven carats, all 3 reds will be red? 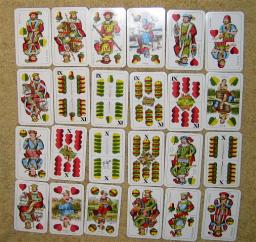