A woman is at a restaurant with her spouse and  other three couples. The group decides to split the check evenly. What fractional portion of the check will each couple pay? 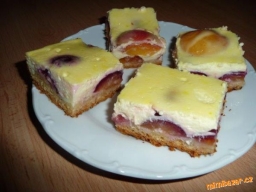