The highway tunnel was built from two ends in the north-south direction. The average daily performance of the "northern party" rasters was higher than the average daily power of the "southern party" of the rasters. After 55 business days, both parties met and tunneling with a total length of 253 meters was completed. How many meters of the tunnel did the earch party per day average dig if you know that the difference in their performance in the 55-work-days was 11 meters? 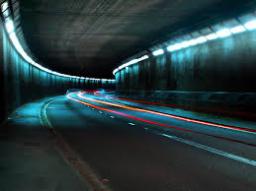