How long should each ran a 34.6 km, if you know that they meet after 67 minutes? 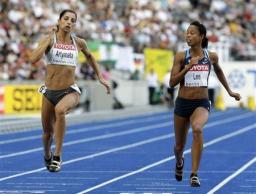