Mother divided her three children's oranges in a ratio of 6:5:4. Two children gave 45 oranges. How many oranges were there? 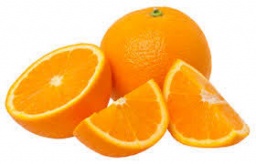