From the urn in which are 7 white balls and 17 red, gradually drag 3-times without replacement.

What is the probability that pulls balls are in order: red red red? 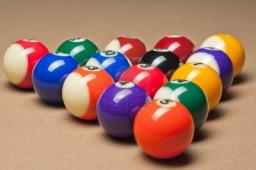