To improve her handwriting Paula practices writing the numbers 1 to 200 in words. How many times will she have written the word "one" in all? 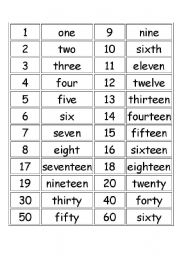